When you book with an account, you will be able to track your payment status, track the confirmation and you can also rate the tour after you finished the tour.
Sign Up
2345 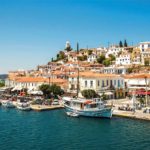 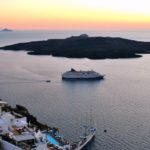 Details of the Travel Package

Spend 5 amazing days in Greece!
Visit Athens, the cradle of Greek civilization, visiting Parthenon, Acropolis, the Museum of Acropolis, and all the important sites of Athens.
Explore Meteora, with the breathtaking scenery and the cliff-top impressive Byzantine Monasteries.
See the extraordinary masterpieces of Delphi, the center of the ancient world!
Take a full-day cruise visiting 3 beautiful Greek islands: Hydra, Poros and Aegina!
* You can optionally extend your stay in Athens for as long as you like! (before or after this tour).

As soon as you arrive at the airport of Athens, you will be met by our representative and transferred to your hotel. Rest of the day in Athens at leisure.

After breakfast, you will be picked up for the wonderful one-day cruise to 3 Greek islands. AEGINA, the biggest island of the Saronic Gulf, with 2 major archaeological sites, a large cathedral, a wonderfull fish market, a unique fruit floating market, and an economy based on pistachio nuts. POROS, the smallest of the 3 islands but probably the most beautiful one, is covered with pine and lemon trees. Enjoy a walk up to the clock tower and admire the panorama. HYDRA island is one of the favourite resorts of the international Jet-Set. The unique architecture of its houses, the pedestrian narrow streets full of boutiques, exclusive jewelry and handicrafts, attract shoppers and photographers. The crystal clear waters will refresh the swimmers. Lunch is included onboard the ship. In the evening you will be transferred back to your hotel in Athens and overnight. (B, L)

After breakfast, depart from Athens for the 2-days Tour to Delphi & Meteora. Enjoy a unique journey northwest to DELPHI, arriving around noon. Famous for its theater, Temple of Apollo and ancient ruins, Delphi was considered the center of the earth and the universe, and played a central role in the classical Greek ancient world. Visit at the archaeological site and the TEMPLE of APOLLO, famous for its Oracle. In the afternoon, after lunch (optional) depart through Central Greece and the cities of Lamia (short stop), Trikala crossing the Thessalian plain, to Kalambaka, a small town built at the foot of the majestic gray rocks and crowned by the METEORA monasteries (short stop for souvenirs). Enjoy dinner and Overnight stay in Kalambaka. (B, D)

Savor breakfast in your hotel and then travel to nearby UNESCO-listed METEORA for a tour of the cliff-top monasteries. Visit 2 impressive Byzantine Monasteries built on top of rock towers and providing breathtaking views over the plain. The monasteries are perched on top of towers of sandstone, which for centuries provided totally inaccessible retreats for the monks. Meteora is considered one of the most beautiful and inspiring area of mainland Greece, and its monasteries are one of the country’s most unique attractions. By your return you may optionally visit a factory of Byzantine style icons. Return to Athens passing by the heroic monument of Leonidas (king of Sparta) and his 300 warriors in Thermopylae (short stop for photos). Arrive at your hotel in Athens in the early evening. Ovenight in Athens. (B)

After breakfast, you will be picked up for the Half-day City Tour of Athens, including the Acropolis. The tour begins with a panoramic drive around Syntagma (Constitution Square), passing by National Garden, Hadrian’s Arch, St. Paul’s Church, the House of Parliament, the Memorial to the Unknown Soldier, the Catholic Cathedral, and Schliemann’s House.
You will then drive past the Athens Trilogy which includes the University of Athens, the Academy of Fine Arts of Athens, and the National Library. Your licensed guide will explain more about Athens’ history, old and new, as you look at these stately buildings.
Continue for a photo stop at Panathinaiko (Panathenaic) Stadium, the cradle of the first Olympic Games of the modern era, which took place in 1896 (short stop). It is the only stadium built out of white marble.
Proceed, passing by Zappeion, the Temple of Olympian Zeus and Hadrian’s Arch.
Make your way to the archaeological site of ACROPOLIS, an UNESCO’s world heritage monument, and visit Propylae the monumental entrance to the Acropolis which blends Doric and Ionic building principles, the Temple of Athena Nike, which stands on a protruding mass of rock, protecting the gate to the citade, the Erechtheion with its porch of Maidens, and of course the PARTHENON, the monument that has been described as Harmony between material & spirit.
At about 12:30 PM you will be transferred to the airport for your return flight. (B)

* The prices are Per Person, in Euro currency.
* A child over 12 years-old is considered an “adult”.
* Infants (under 3 years-old) travel free of charge (in baby-cots at the hotel, and without a seat on the tour buses).

Do you like this Travel Package?
Fill in our enquiry form for receiving more information and our best quotation!
You can customize it by adding additional days in Athens, in the beginning or the end of the package.
Our prices are based on selected hotels, which are the best value for money in every destination. As soon as we receive your request, we will inform you about the names of the hotels (these will depend on your specific dates). Especially for Athens, you can inform us if you prefer to stay at another hotel. In this case, let us know in your enquiry form!
You can always rely on our “Lowest Price Guarantee”, as we have the best prices for all the hotels in Greece!

PEACE OF MIND - FLEXIBLE RESCHEDULING
Proceed to the Enquiry Form